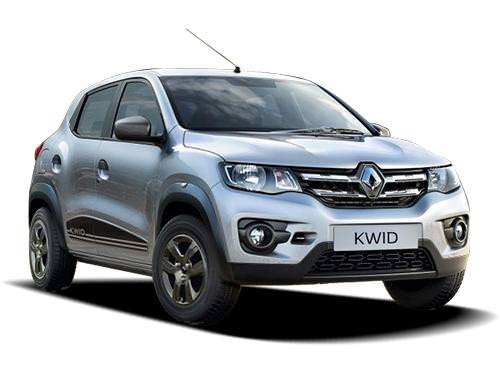 Gone are the days when only sellers were sharp-witted, now buyers are also as with boom of internet market things are reachable to masses at just finger’s click. If you are one of those shrewd buyers hunting to compare various machines at a single platform, then this rendezvous will be worthwhile. As in this article, you will find everything that needs to compare and assist you to choose the machine which matches your needs. Although all mentioned variants hold some uniqueness yet if you are given a choice you get perplexed which to choose, that’s it is recommended to analyze all features then decide. If budget is your first concern then check Renault Kwid price.

The first one Tata Tiago NRG will not puzzle you much as it comes in exclusively one model (top-end XZ model) with crossover hatchback (that you may find in other variants also). It comes both in petrol and diesel options. Price of petrol and diesel version range from rupees 5 to 6.5 lakhs. It comes with touchscreen infotainment segment but lacks alloy wheels. Well, you can’t get everything in one place. It is giving tough competition to its nemesis Maruti Celerio X and Ford Freestyle.

Coming to second, Maruti Celerio X also comes in solo variants (that is petrol engine) so considering this factor it is somewhat lagging behind the Tata Tiago NRG which comes in petrol and diesel both. But that’s not out rightly true as Maruti version is offering AMT unit in this price range, so this is itself a unique feature. Price of this car is approximately less than the Tata one.

Now have a look at Ford Freestyle, it gives more choice to its customers as it comes in four variants. These four types are Ambient, Trend, Titanium, and Titanium+. This car wins the race from Maruti Celerio X as it comes in both petrol and diesel version. Also, it contains the manual transmission model. This car engine is more potent than all mentioned here as it has 94hp 1.2Litre petrol and 99hp 1.5Litre diesel engine.

Now come to the fourth one-the all-new Renault Kwid, It has good mileage (ranks equivalent with Maruti Celerio X) but comparatively lower power and torque. This also comes with AMT unit and comes second among mentioned in terms of ground clearance. Well, Renault Kwid price is the lowest among all.

If you still find this byzantine, then have a comparison at one place.

At one place comparison:-

Well, these were some important features which will help you out to reach the conclusion which to opt. Hence you have no more points than before to choose the best for you.

Bernard Law Group has been helping injury victimis for over 30 years, visit us at 4injured.com so we can help you with your auto accident case today. We offer free consultations.